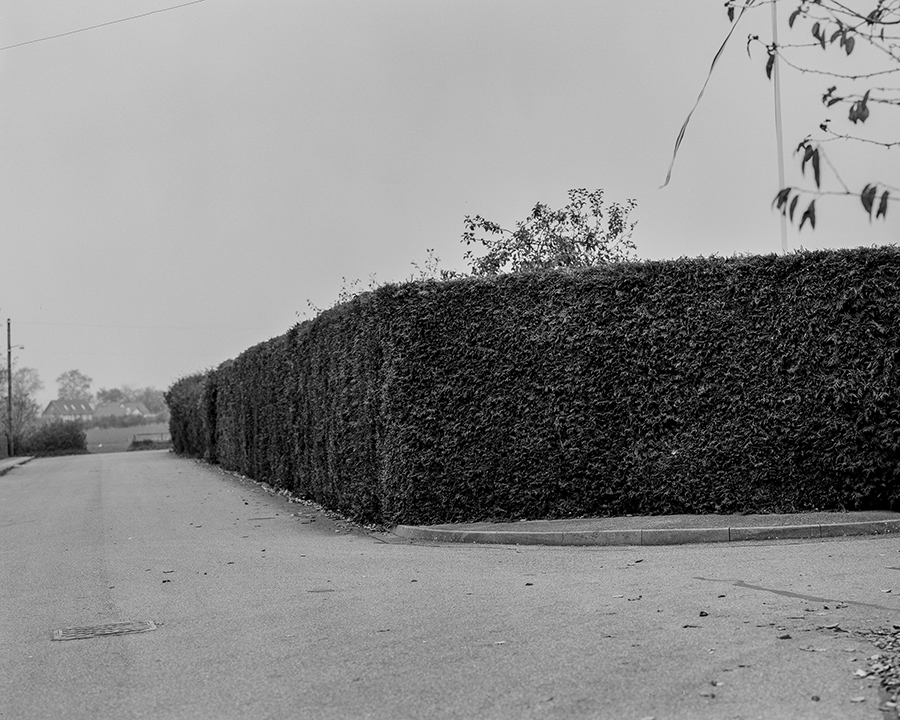 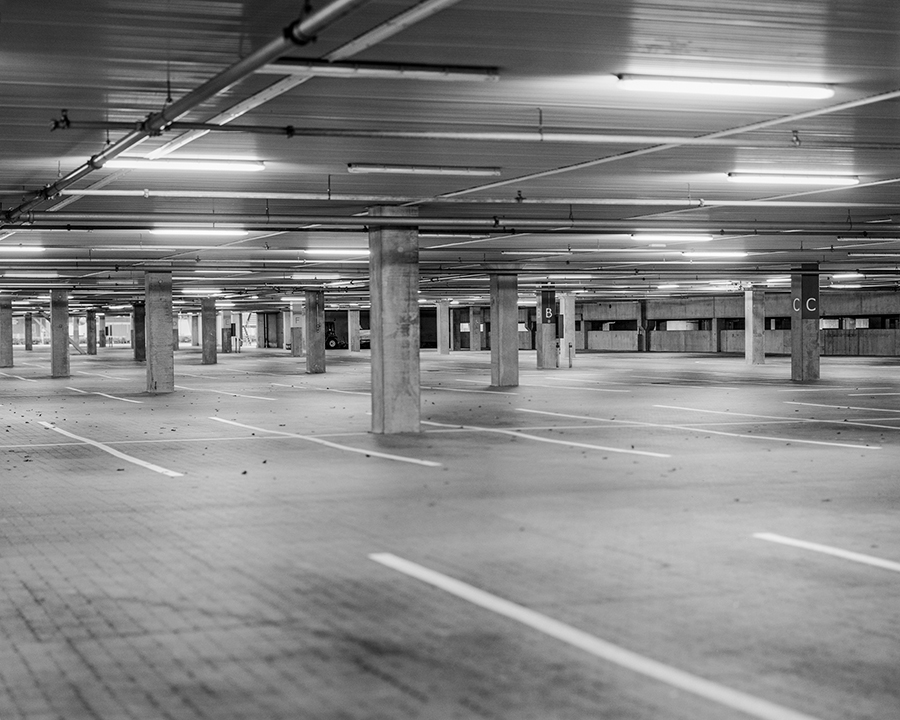 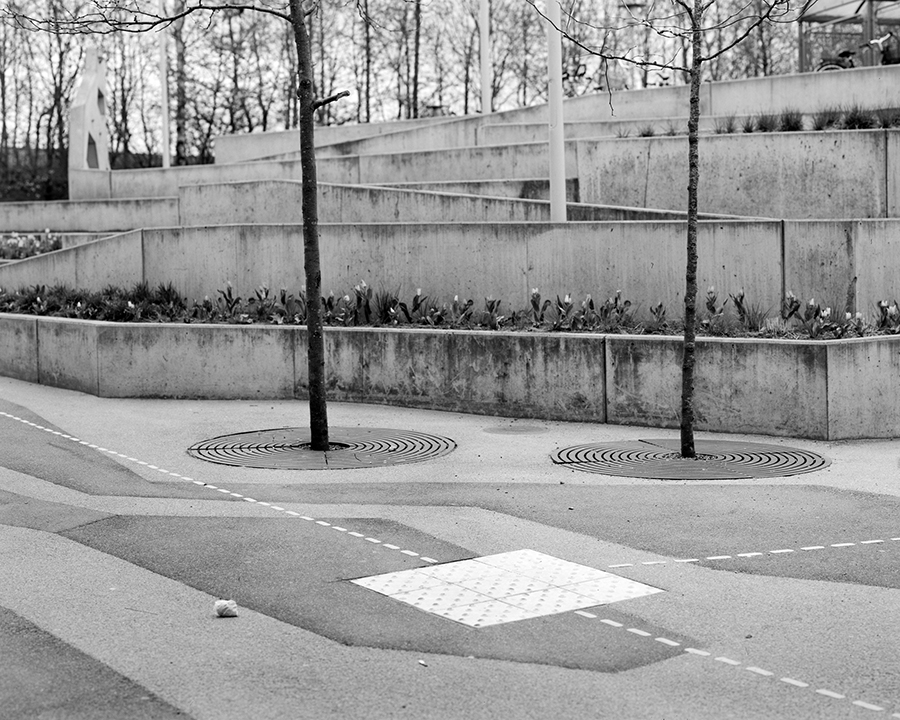 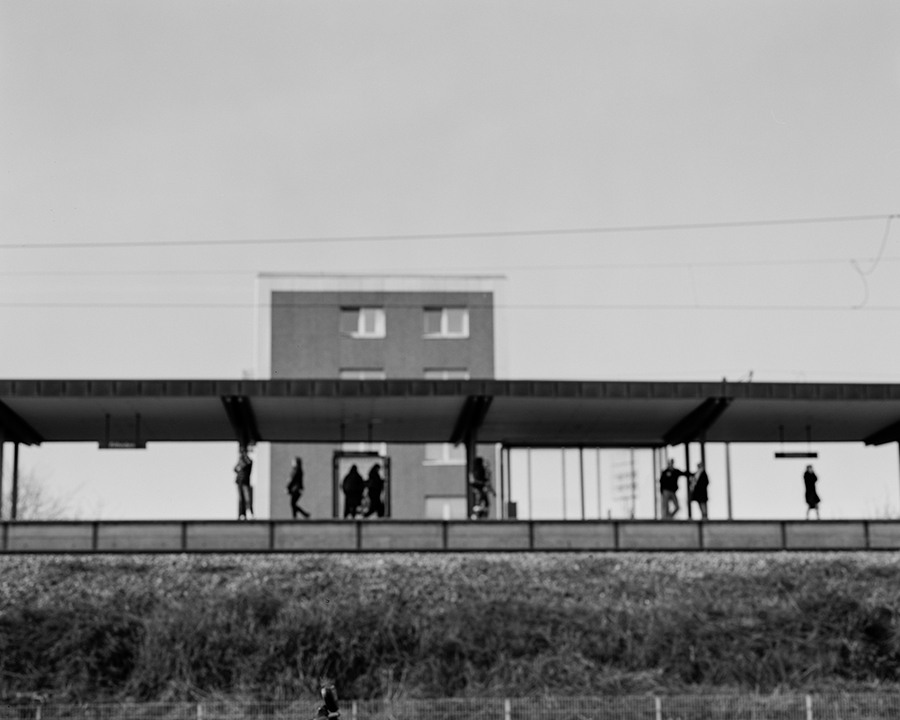 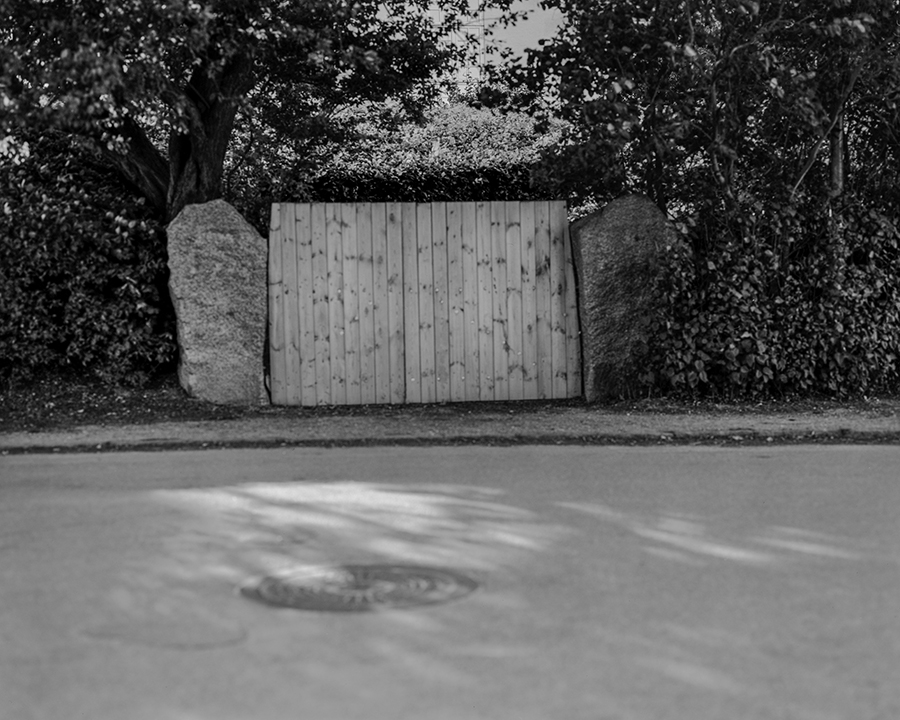 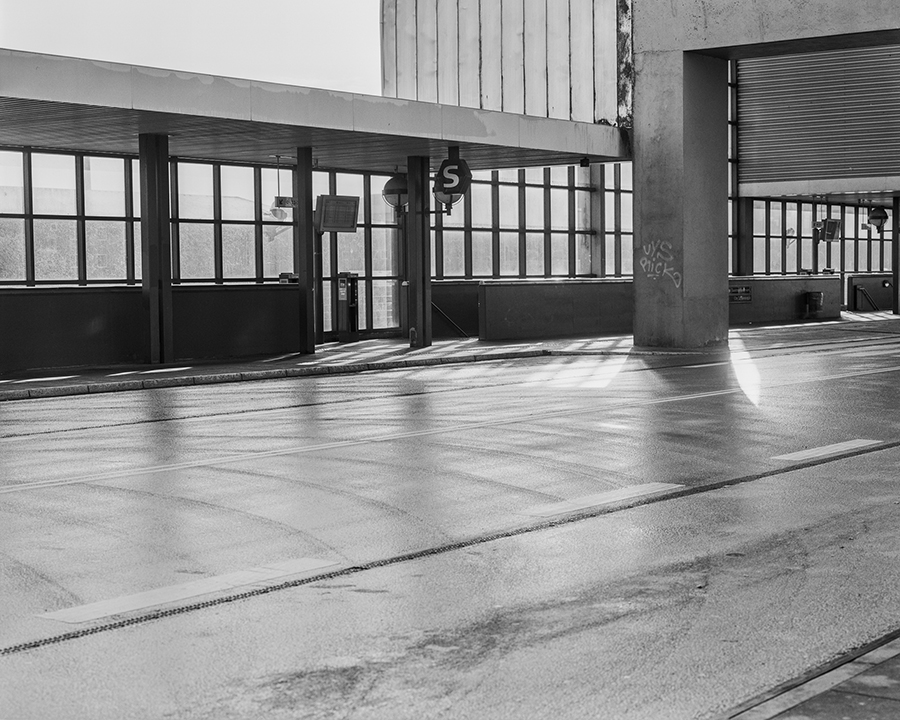 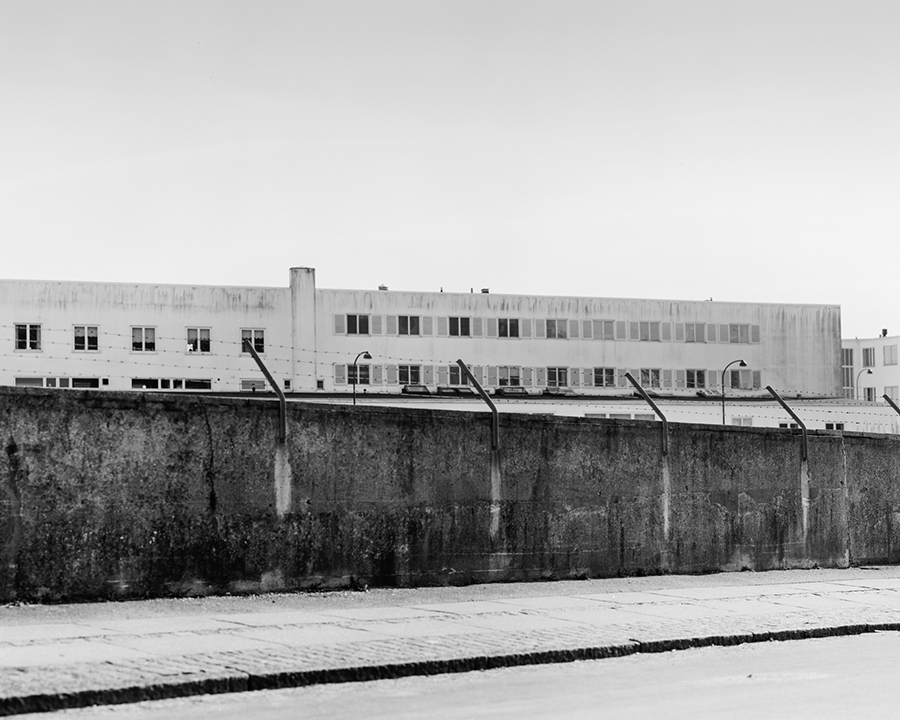 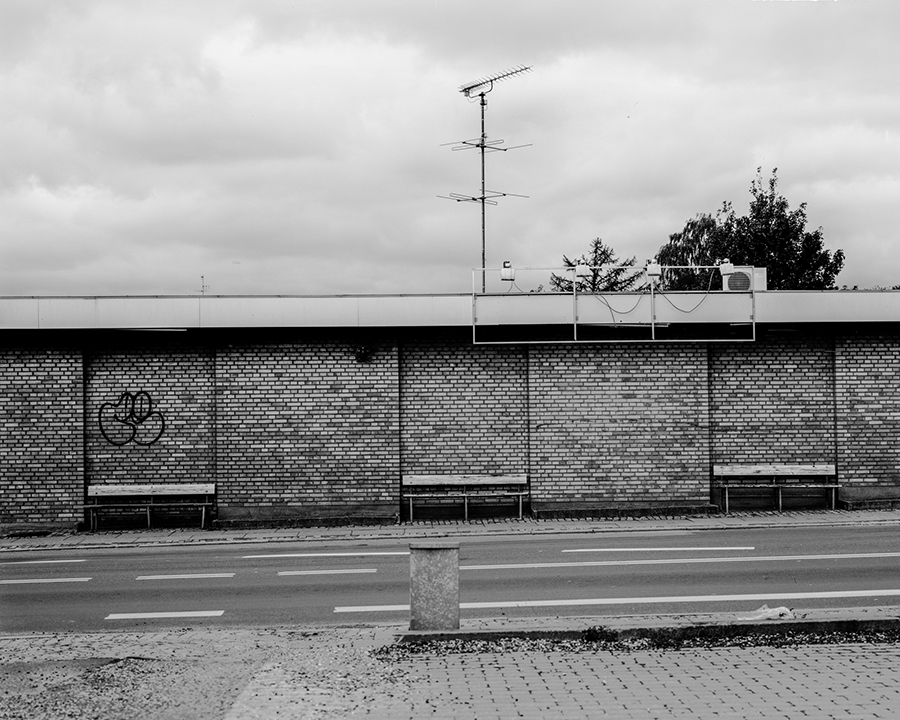 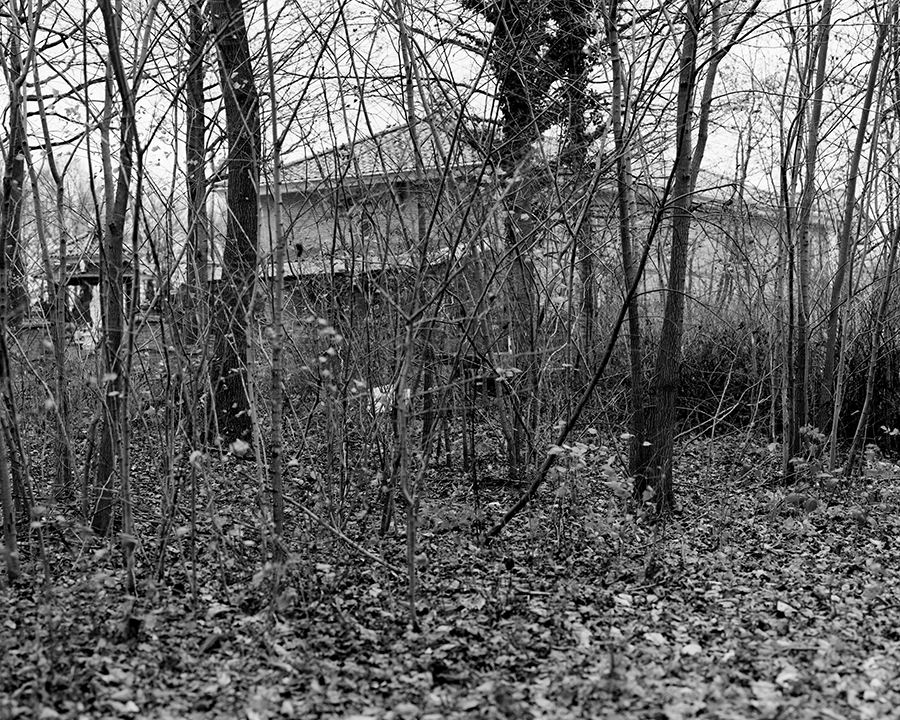 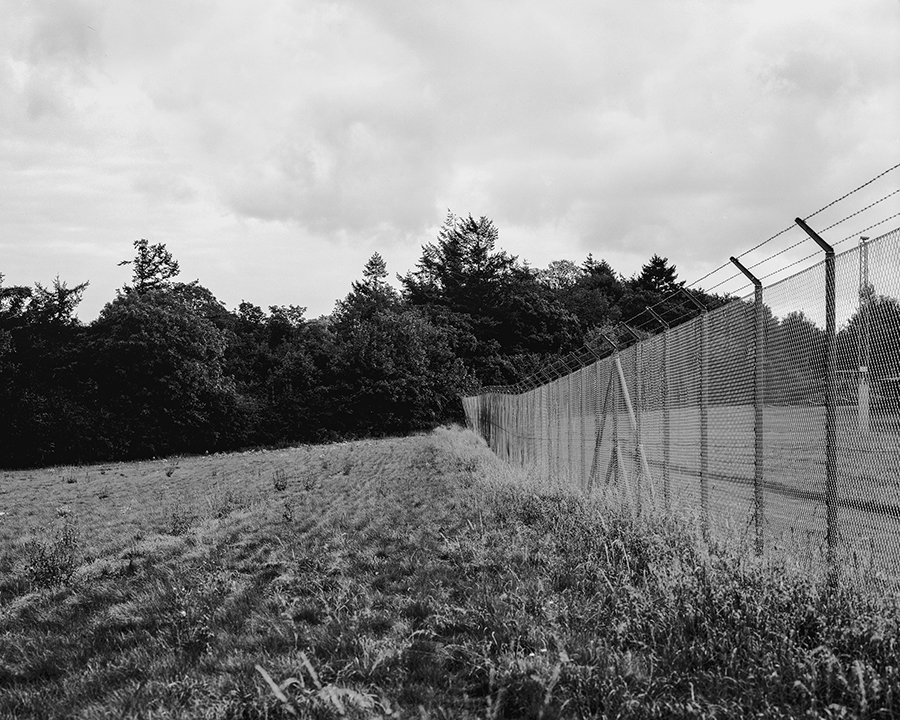 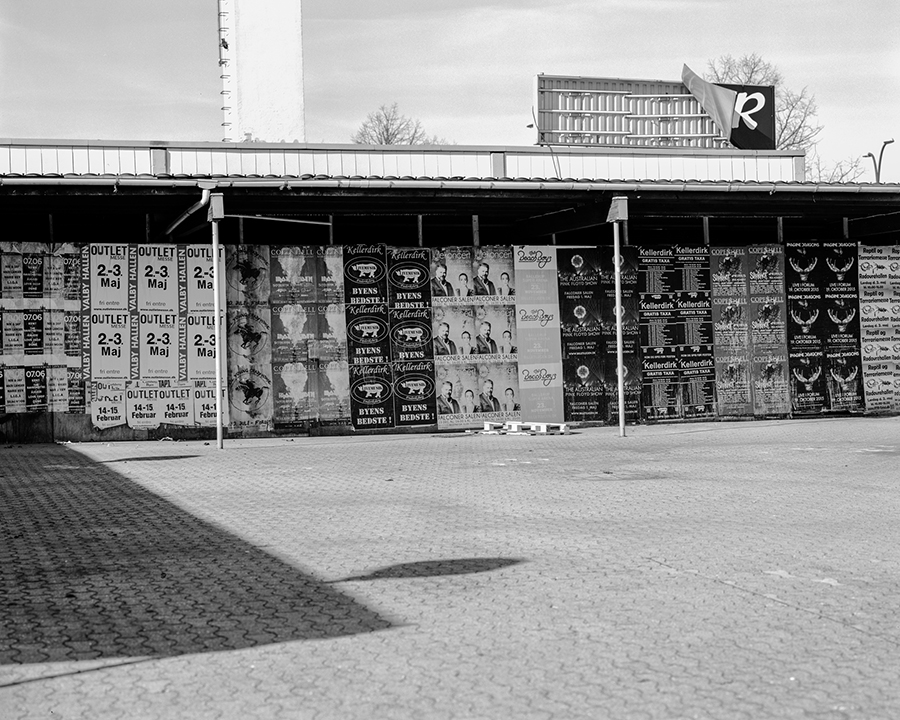 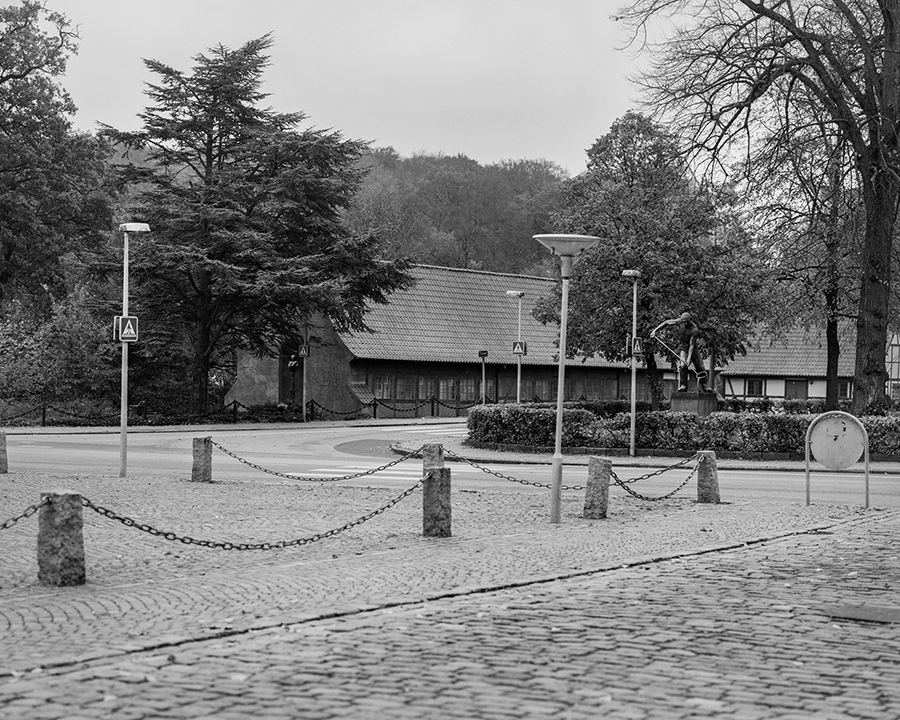 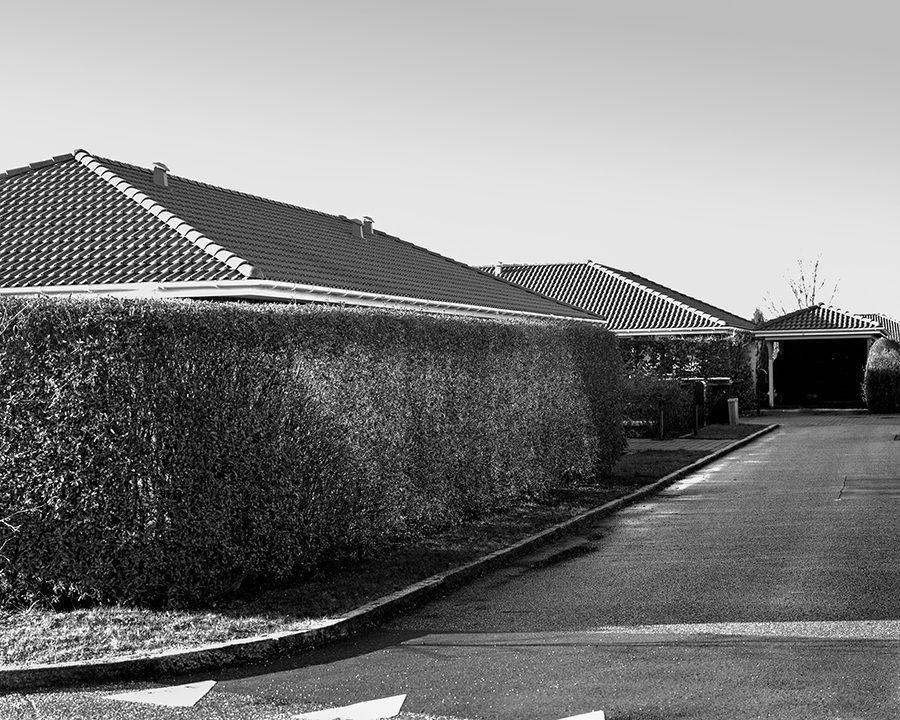 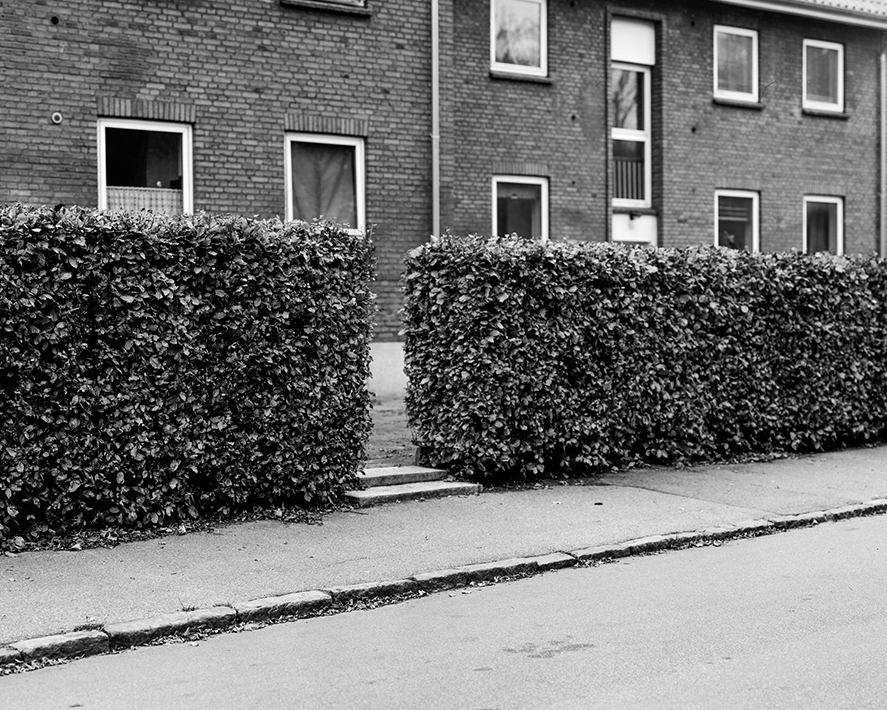 "The images are not horrifying. They show neither victims, perpetrators, nor the nature of the crime. They simply present places in Denmark where a hate crime has been committed. The images are thereby about something that has taken place, but what has taken place is not in the images. Since the 1700s ‘the pregnant moment’ has been key to the focus of visual art when depicting movement and action. It has also been a dominant demand made of documentary photography. Here the concept is homeless. There is nothing decisive or privileged about the places we see in the book.
They are places that at first glance do not appear as eligible to be isolated and preserved as an image. They are more like the places we pass without noticing, unless they are part of our life history or places we know something specific about. The latter is the case here. The most significant thing about the images is not what we see, but our awareness that something that affects and repels us has taken place precisely here. More than anything else, the anonymity of these crime scenes more than suggests that what happened here can happen anywhere, at any time. What we see is dominated by what we do not see.”

Example of captions following the photographs from selected hate crimes from eight police districts in Denmark:

File no. 2300-61630-00174-14
The underground car park at Ikea, SE Odense. July 2014. A woman shoves a three-year-old, non-ethnic Danish boy so he falls over because he touched the bread in her shopping trolley. The boy’s mother and aunt are subject to a torrent of verbal abuse, including “Go home to your own country and take your veils off”.

File no. 2300-73251-00068-14
Svendborgvej, Faaborg. August 2014. A young non-ethnic Danish man was assaulted by two young men shouting “you fucking nigger”. One of them lashed out with a sharp object. His hand was injured warding off the weapon, and he also suffered superficial stab wounds to the stomach.

File no. 0100-77111-02849-14
Arkaderne, Brønshøj. December 2014. The victim was at home in her apartment when she heard two firecrackers explode. Shortly afterwards her entry phone rang. She heard two voices on the entry phone. One of them shouted “filthy faggot”. The victim was convinced that the boys had called the wrong entry phone, and that the call was intended for a homosexual couple who lived on the x floor. Outside the apartment on x floor there was an overturned table, barbeque and some smashed glasses and plant pots. We contacted the couple, who reported that two firecrackers had been thrown onto the external gallery outside their front door. They wanted the offenders punished and compensation for the damage caused.

File no. 3700-83990-01882-13
Zahnsgade, Kolding. Danish man wrote a post on the Internet saying that he wanted to purge Denmark of Muslims and that was why he had procured a weapon.

File no. 0109-74274-00007-13
Dalgas Boulevard 142, Frederiksberg. August 2013. The victim was on his way down the steps to Lindevang Metro Station after participating in Copenhagen Pride Parade. Four non-ethnic Danish teenagers approached and asked him why he was wearing nightwear. He replied that it was because he was very tired and on his way home to bed. When he continued down the steps one of the boys called him a faggot, after which one of them spat on his neck. The victim did not react, since he did not want the conflict to escalate. The victim then continued home. On making the report the victim said his only interest was that the case figure in police statistics.

File no. 0900- 83990-01515-13
Frederiksværk Town Square. August 2013. Graffiti on various art monuments surrounding the square depicting male figures with huge penises and the inscription “faggot Jesper”. The person making the report reported that the same thing had happened in Liseleje.

File no. 5100-77111-00416-15
Konvalvej, Aalborg. Unidentified offender vandalised a car. It was scratched and two tyres were punctured. The word ‘Paki’ was written on the car. No criminal proceedings.

File no. 0100-73241-01322-14
Borups Allé, NW Copenhagen. November 2014. The victim was approached by two young offenders outside the street entrance to his apartment block. They asked him if he had money, and he said no. They then asked him how he could go shopping, to which he replied he had a debit card. As the victim was going through the door they asked “Are you going to visit your faggot friend?”, after which one of them stuck their foot in the door and one of them punched the victim twice on the left side of his jaw. The victim reported that both offenders live in the area and that he would be able to identify them. There is CCTV footage that can be retrieved from the scene.